Today, I gave a poster presentation on prevelar raising. As it turns out, despite beg and bag being relatively small lexical classes, I found phonological, morphological, and lexical effects on the degree of raising, and that the two vowel classes reacted to these influences differently. 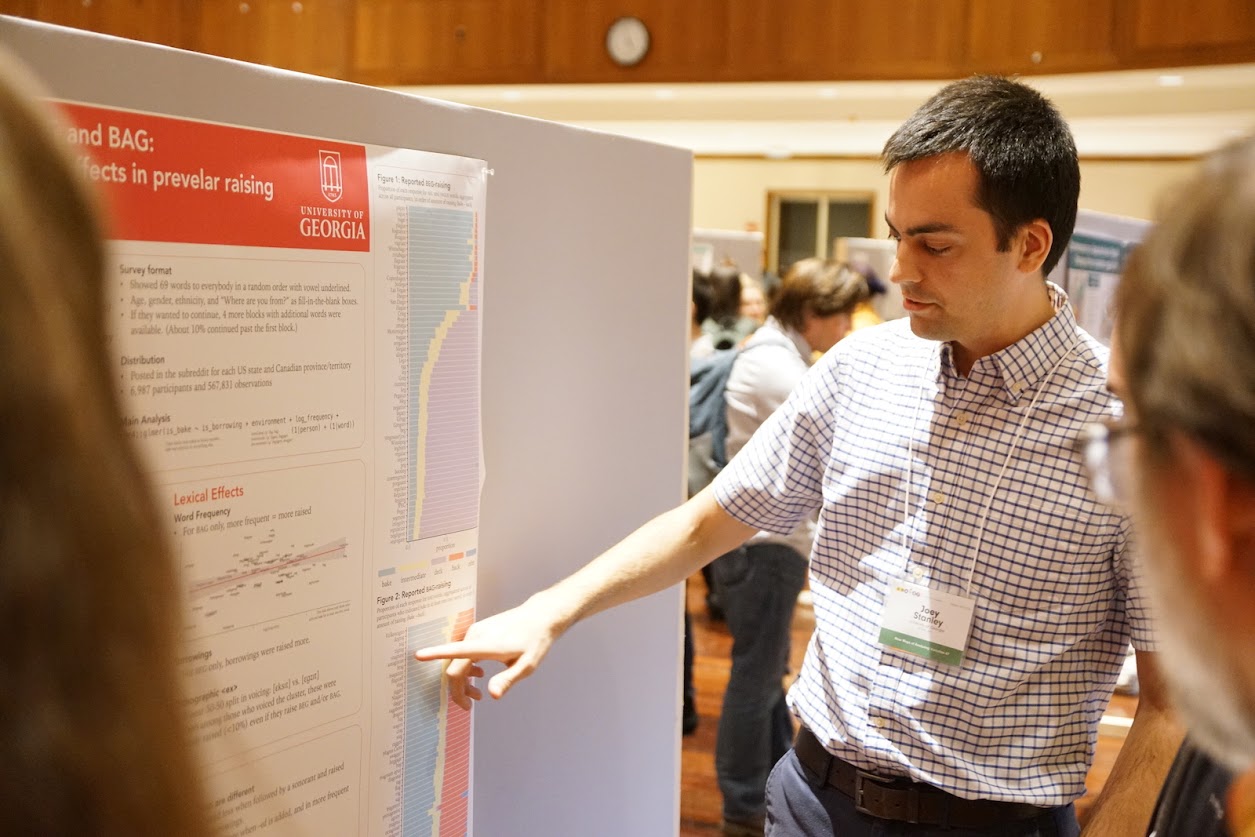 So for some speakers, mostly in the Pacific Northwest, the Upper Midwest, and Canada, they raise the dress (beg) and trap (bag) vowels before voiced velars. The idea for this research mostly came about because I was trying to figure out whether I have beg-raising. Turns out, I do, except for in a few words like integrity, negligible, and segregate which seems somewhat unexpected.

So I set up a categorization task that I distributed via Reddit. I showed people a bunch of beg and bag words and asked them whether the vowel in their pronunciation is most like that in bake, deck, or back. Almost 7,000 people took the survey and I got over 500,000 observations.

As it turns out, there were clear phonological effects for beg. If the /ɡ/ was followed by a sonorant (as in regular or segment), particular a liquid (negligible or segregate), it was indicated to be raised less. Adding suffixes had different effects: people indicated a raised vowel more when -ed was added to verbs, but only for bag. There were lexical effects too: for bag, more frequent words were raised more, borrowings with beg were raised more, and beg words with orthographic <ex> (like exile or exit) were virtually never raised.

The takeaway is that even though these are relatively marginal lexical classes, they still have interesting language-internal factors. And, even though beg- and bag-raising are generally considered to be the same phenomenon of prevelar raising, the two are different. There are some major limitations here, particularly because reported speech is never completely reliable, so I’d like to follow up with an acoustic study. But, I think it’s important to include many more words in a word list because some of these patterns would not have been found if a just small one was used.