I’m thrilled to announce that a paper of mine has been published in American Speech! It’s called “Regional patterns in prevelar raising.” This one has been in the works for quite some time, so it’s very exciting to see it finally published.

Some people pronounce words like bag, flag, and dragon with a raised vowel, so that bag rhymes with vague. There are also some people who pronounce words like beg, peg, and leggings with that same raised vowel. People have studied this in a few places, most notably Wisconsin and the Pacific Northwest, but not really much anywhere else. I’m from St. Louis and I’ve got -raising pretty strong. So, where else do you get prevelar raising? Whenever I have a question like that, I just ask my 7000 closest friends what they do, as one does :)

I set up a survey that asks people to indicate how they pronounce something like 70 prevelar words. I distributed it on Reddit to get good geographic coverage. Using fancy GIS skills (thanks, Jack Grieve for helping me with that!), I was able to produce some pretty cool maps showing where you get raising. As it turns out, the regions where people reported -raising lines up with where -raising has been reported in the ANAE based on acoustic data, which is good because it means the data I have is at least somewhat reliable. For -raising though, I found that it’s much more widespread. Pretty much everywhere except the South and Michigan you’ll find people who have it, and you’re more likely to find it in places like Ohio, Indiana, the Upper Rockies, and Canadian Praries.

Anyway, I had a lot of fun with this one. There’s less work on prevelar raising at the moment compared to like five years ago when I first had the idea for the project. But that’s okay. It was fun to learn how to make cool maps.

I take careful notes of when my projects hit major milestones. I figued I’d share those with you here:

So from the start of the idea until publication was just about five years. I don’t really work on prevelar raising anymore, and this was a side project I wanted to get done quickly in grad school. It’s just interesting that a project I started so long ago and presented first as a grad student was used as a writing sample for job appications, and now it’ll go in my tenure portfolio! I’ve had a few papers that I started after this one come out already, but I guess I’m particilarly excited about this because it was my first manuscript submitted to a peer-reviewed journal.

Figure 9 was a very tricky one to do and I created probably dozens of versions of the plot trying to find the right one. Online, you’ll see the one I settled on, which does a pretty cool thing with color where I map two different variables to color. 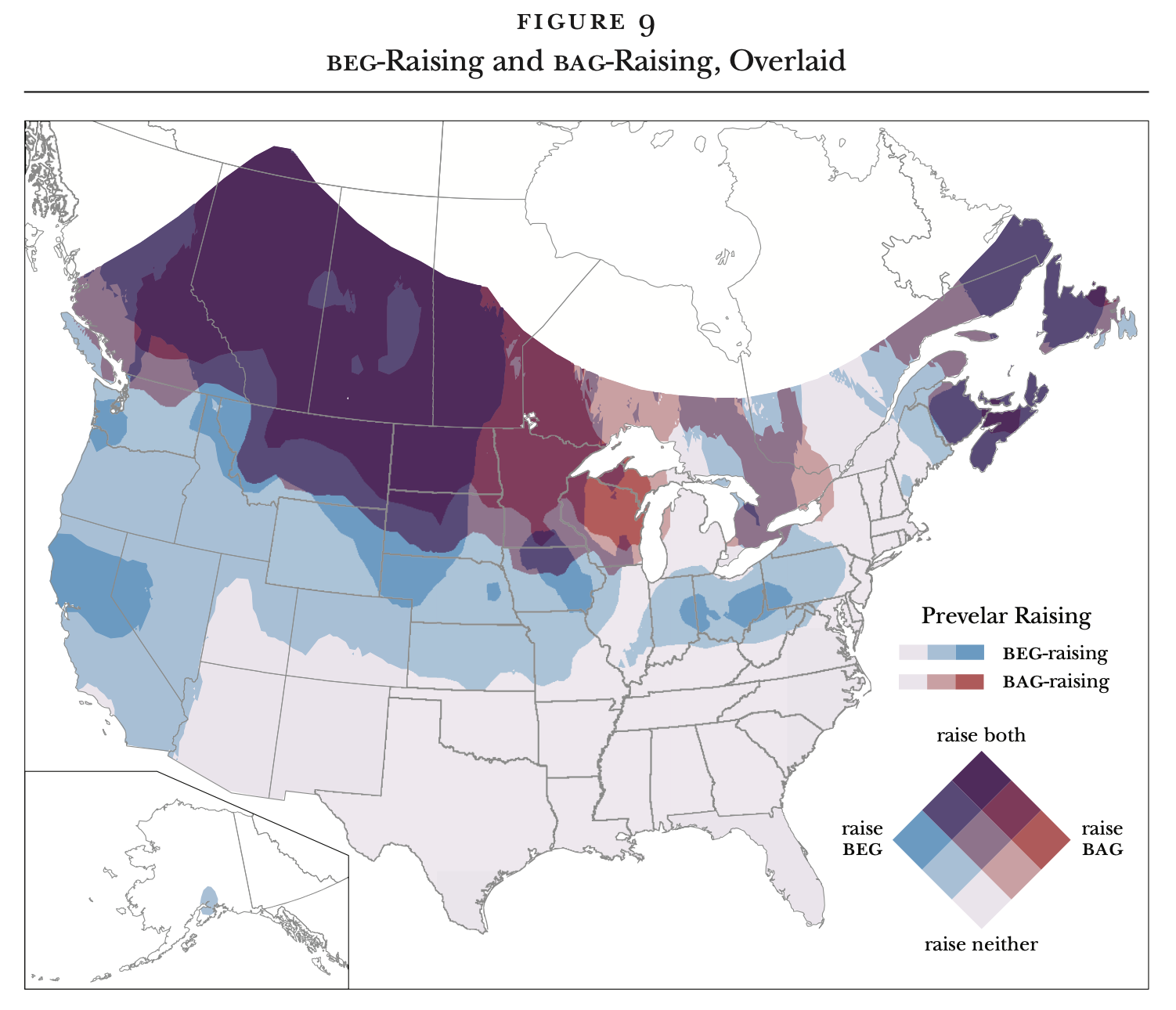 This is basically impossible to print in black and white though, so I was asked to make a print-friendly one. The compromise that either I or the editors came up with was to do diagonal slashes in the regions. 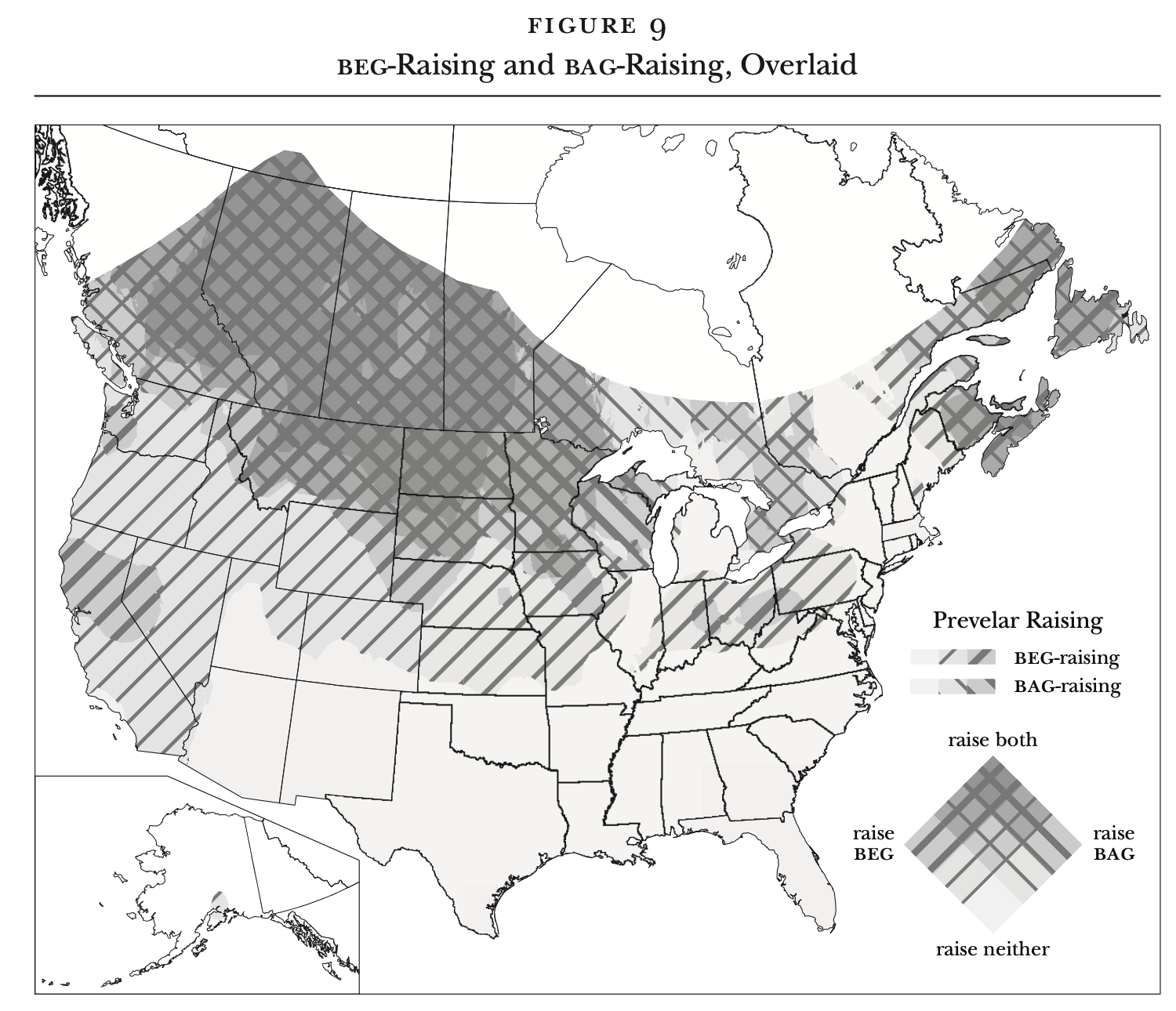 Unfortunately, it looks like the Figure 9 in my physical copy is just a black-and-white version of the online map, rather than the one specifically for print. This is especially confusing because the print version specifically mentions the slashes even though they’re not there. Oh well. More people will read the online version anyway.

A while ago, I tweeted what would become one of my most viewed tweets:

Okay, I'm trying something out. I have this histogram with one very tall bar and many shorter ones. So to save space, I made that tall bar follow the edge of the plotting area boustrophedonically—my favorite word!—but I'm not sure if I like it. Thoughts? #dataviz pic.twitter.com/9b9QYqQJLg

I even wrote a blog post about the suggestions people gave about alternative plots.

I’ll let you in on a little secret: I was working on this paper when I came up with the idea for that plot! The data shows the distribution of -raising across my entire sample. I wanted to show that there were lots of people without it, but also show that there is lots of variation among those who do have it.

Unfortunately, the plot didn’t make it into the manuscript. I just couldn’t do it. Figure 10 is my compromise: 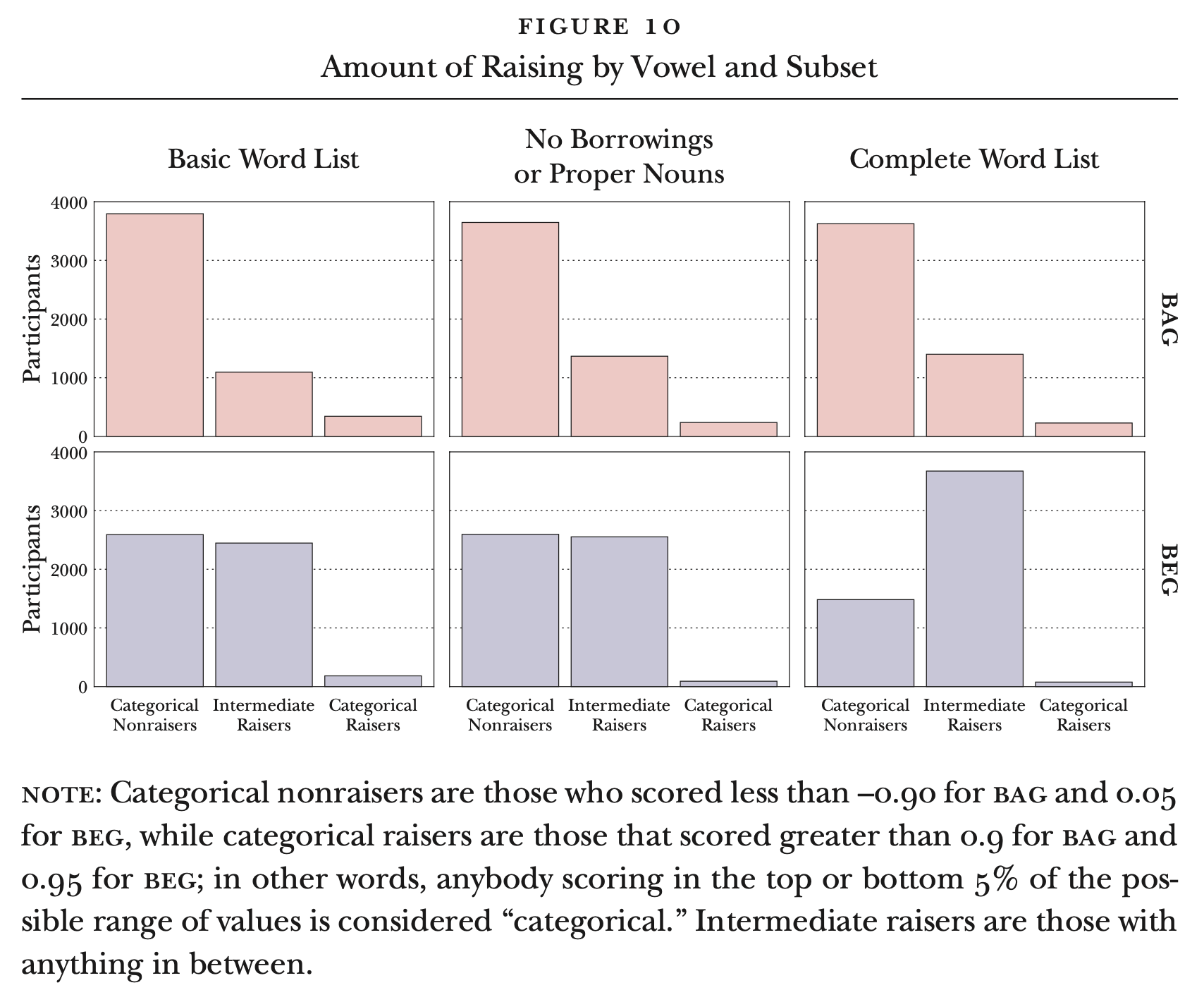 So, not as fun, but pehaps more normal. Do I regret not including the boustrophedonic plot? Yeah, maybe a little.